Mary Cloake was born in Cardiff, South Wales and grew up in County Wexford in South East Ireland.  She has been Chief Executive of Bluecoat, Liverpool’s centre for the contemporary arts since 2012 and prior to that worked in Ireland, most recently as Director of the Arts Council there.

Current non-executive roles include membership of the advisory panels for the Gulbenkian Foundation Inquiry into the Civic Role of Arts Organisations and the AHRC-funded Liverpool Hope University-led project Articulating Women: Interrogating Intersectionality.  She is a board member of Project Arts Centre, Dublin. 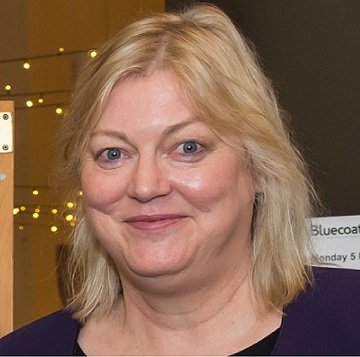