Phil Scraton PhD, DLaws (Hon), DPhil (Hon) is Professor Emeritus, School of Law, Queen’s University, Belfast. His research priorities are: controversial deaths and the state; rights of the bereaved and survivors following disasters; the politics of incarceration; childhood, rights and justice. Widely published, his books include: ‘Childhood’ in ‘Crisis’?; Power, Conflict and Criminalisation; The Violence of Incarceration; The Incarceration of Women; Women’s Imprisonment and the Case for Abolition. Director of The Hillsborough Project 1989-95 he was principal author of Hillsborough and After: The Liverpool Experience and No Last Rights: The Promotion of Myth and the Denial of Justice in the Aftermath of the Hillsborough Disaster. He was lead author of Hillsborough Independent Panel’s ground-breaking 2013 Report, Hillsborough. Adviser and the new edition of Hillsborough: The Truth was published in 2016.

Awarded Freedom of the City of Liverpool, he was factual consultant on, and contributor to, the 2017 BAFTA winning documentary Hillsborough. Having declined an OBE in 2017 he was castaway on BBC’s Desert Island Discs. He has recently returned from the University of Sydney, where he led a month-long international symposium on deaths in controversial circumstances. Currently, he leads the first in-depth research project on families’ experiences of inquests in Ireland and holds a Leverhulme research award to critically examine the ‘learning’ from the investigations and inquiries into Hillsborough. 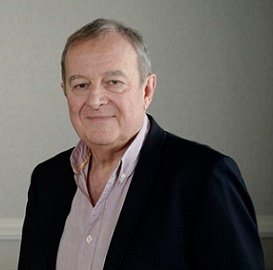